As KDDI/NOS’ requests, we’re constructing a new network architecture of our development site which consists of three parts: 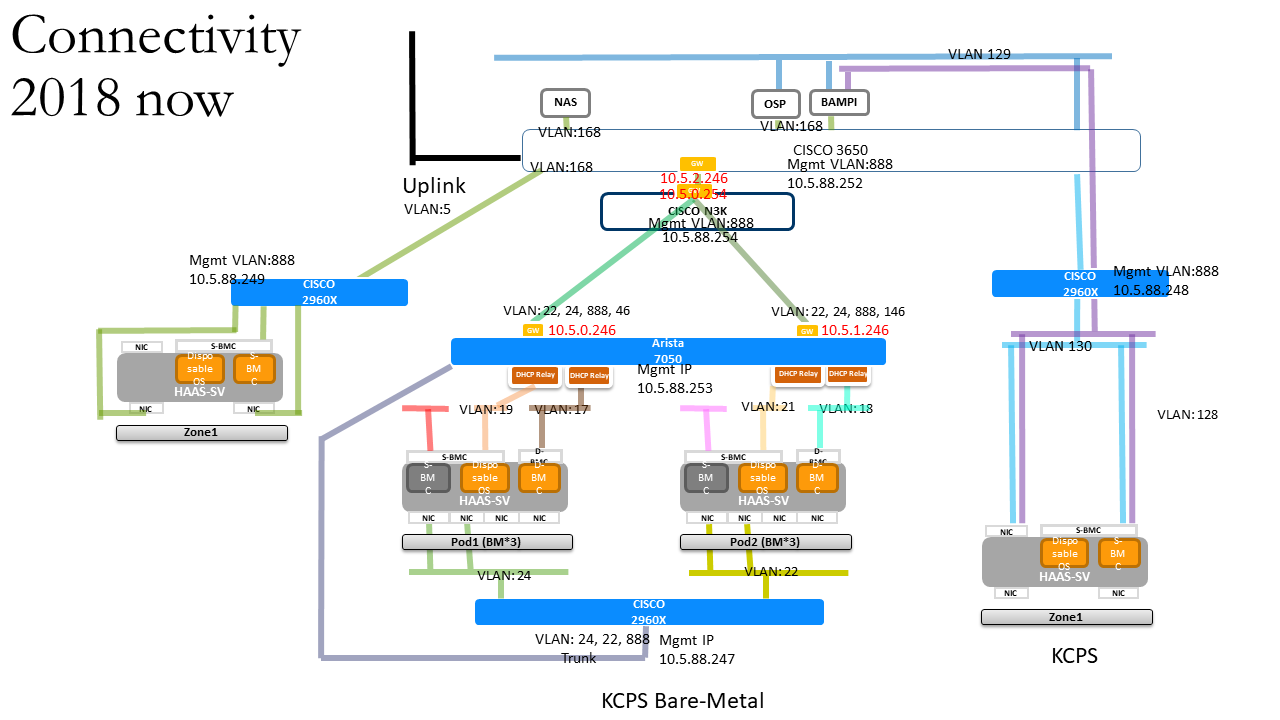 To make the new network architecture work, the main challenges are:

Currently, Cisco N3K is our core router (actually it is a layer 3 switch), it maintains several static routes, so everyone can send packets to one another. By adopting the new network architecture, we cannot connect to most of our servers inside server room from the office. There must be one or two bastion hosts for us without deploying a VPN. These bastion hosts must at least reside in VLAN 5 and VLAN 168.

Now the new network is working, the next step is to setup DHCP relay. BAMPI needs to hear DHCP discover packets which are broadcast-based. Setting DHCP helper address per VLAN interface will do the job. This one is surprisingly without any trouble happened.

Finally it’s ACL. According to our customer’s requests, some subnets cannot communicate with other subnets. But at default almost all subnets can communicate with each other due to connected routes and static routes on Cisco N3K. To avoid this we need to setup several ACLs. This is still a TODO.